It’s the first time this season that my field work day has become a wash.  Rain has been falling since 10 a.m. and looks to continue through the evening.    Yesterday, I was able to go out early in the morning and then later in the afternoon…

…in between rain events that is. 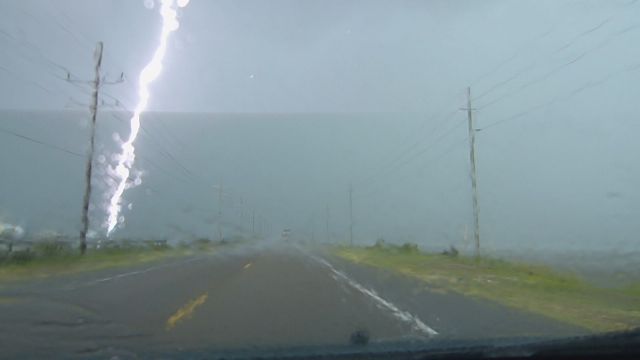 So far, 113 Wilson’s Plover chicks have been banded and much of my time these days is spent surveying areas to re-sight individuals.  These birds are beginning to come together in groups.   I’m always checking their legs to see if there are color bands adorning them.

Their behavior amuses me lately… love that some birds find our old shoe tracks suitable for hunkering down in.  If you look closely, you’ll notice there’s a Wilson’s Plover head peering out of the ground on the left side of the photo below.

I also went to Grand Isle yesterday to help Jed Pitre.  He is monitoring a Least tern colony in Grand Isle State Park for the American Bird Conservancy.  A temperature logger that documents how often the nest is incubated had been placed in one of the nests and was scheduled to be removed.  Said nest was in the process of hatching with one chick and one egg in the nest cup. 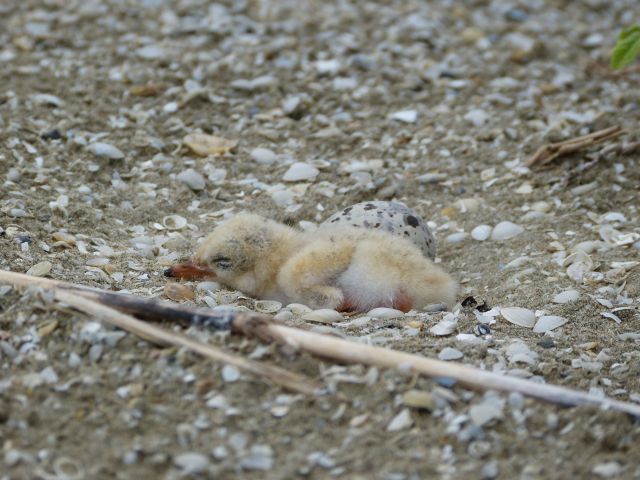 There is signage in the park that helps rope off and protect the colony from foot traffic.  My favorite signs are those that were designed by kids.  Don’t hate the birds.  Love the birds.

Now a days, I am seeing more and more older/fledged birds…

…but still there are some chicks out there that aren’t able to fly just yet.

When given the chance I will catch, band, and collect data on said individuals. 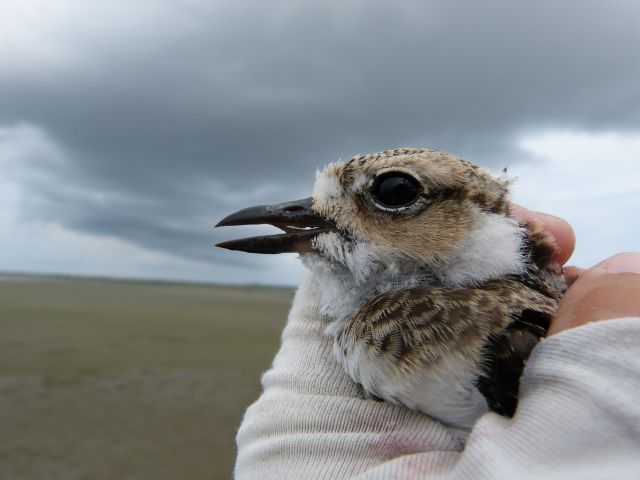 Some birds are easier to catch than others. Wilson’s Plovers usually give me a pretty good workout… but it is so worth it.

Running away seems to come naturally to these birds.  Hopefully, I’ll see them flying soon. 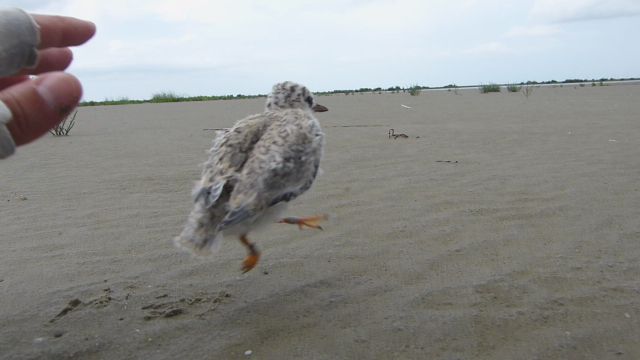 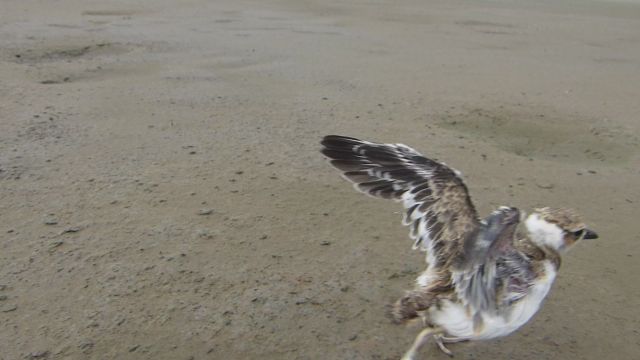 This entry was posted in Bird Survey. Bookmark the permalink.